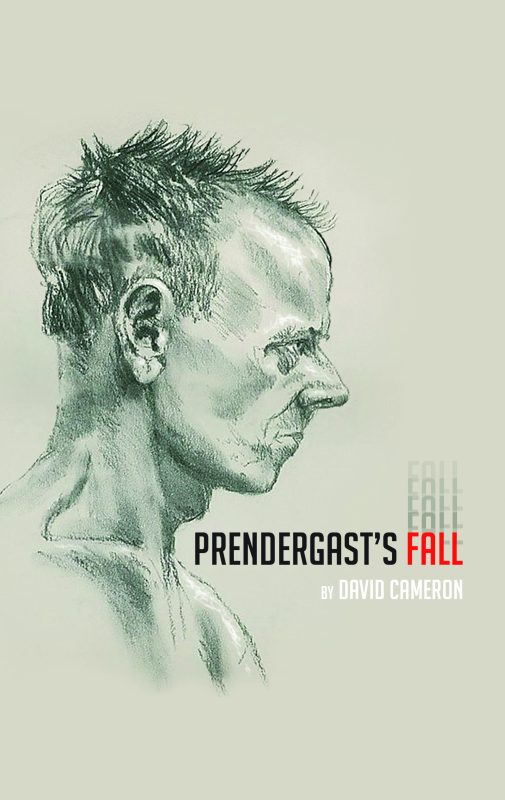 This is the story of a fall. It won’t take a minute.

Businessman, son, husband, lover, father, Martin Prendergast stands high up on an office ledge. He falls – perhaps physically, perhaps only mentally as yet. As he falls, he sees from various surreally appearing vantage points (such as a cliff, a slippery pole, a ceiling) scenes from his life unfolding in reverse order, a chronology reported in a minority of near-death experiences (to quote his mother, ‘he always did do everything arse-over-elbow’).

Why is he suicidal? His marriage to Rosemary is foundering (he has been having a commonplace affair with a temp from the office), and his children barely speak to him. His business has had to weather the recent global financial crash. His mother is showing signs of dementia, and he of the same heart trouble that killed his beloved father. And then there was his one tragic love story… Still, the closer he gets to childhood, the more these reasons peel away, and the stronger is the sense of possibility.

That’s one way to read the novel. Another is to flip it over and follow Prendergast’s journey from possibility to despair. This two-directional book was written to be read from chapter 27 to chapter 0, and/or from chapter 0 to chapter 27. It is what used to be called an existentialist novel, but here the existential angst isn’t that of an artistic hero-outsider but of an Everyman – though one who ‘always sickened after something’.

With Prendergast’s Fall Cameron has written one of the most inventive and interesting novels of recent times… The structure may be eye-catching and unusual, but it is the writing which stays with you – nuanced, insightful, and exacting.